Hi, As a researcher who has spent 30 years investigating the medieval Ballard families (and by that I mean finding and transcribing source documents, analysing the evidence provided and establishing a probative pedigree) perhaps you will allow me to make a few observation on the published pedigree on your website? For the sake of clarity my comments are interleaved in red.

I can find absolutely no references in any primary or secondary sources that a Fulco Ballard even lived in Nottinghamshire let alone that he was born there! It follows then that there is nothing proving that he had a son Fulco!

Same as above. The generations above are at best a “fabrication”.

Gregory Ballard did indeed exist and ample evidence of him survives. He was not, however, born in 1345 and we cannot say when he was born exactly but since he died in 1415 and first came to notice in the State Papers as a yeoman of the Butlery in 1391 then he was probably born about 1370 but not much earlier. He did NOT have a son Gregory who married Katherine Gregory, he himself married Katherine Gregory.

This is the same person identified above but I have no idea where Courier of CP, Kent is, do you? There is circumstantial evidence that Gregory was not born in Kent but Buckinghamshire. There is absolutely no evidence as to who Gregory’s father was. He did not die on 4 October 1415, that was the date on which he made his will but the IPM was not called until 18 October 1415. Gregory’s children are recorded in his will and his IPM and there is no Gregory George Ballard.

Married: 1450 in Chislehurst, Kent, England   ◄ source for this please? I have never found any reference to a date or place.

Children   ◄ William Ballard had other children as well and the mother of his children was not Ann Lunn but Agnes Robinson.
If he in fact married Ann Lunn, and to date no marriage has been found, then it was after 1568. 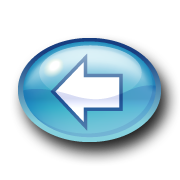