Anna Nelson Barrett, 89, of 1828 Old U.S. Highway 91 in Cascade, died Sunday of natural causes in a local nursing home. A memorial service is 2 p.m. Thursday in the Rose Room at Croxford & Sons Funeral Home. Burial of ashes will be at a later date in Valier.

She was born March 24, 1909, in Dows, Iowa, and moved in 1912 to Valier, where she graduated in 1927 from Valier High School. She worked for H.L. Barber Co. in Williams. During World War II, she worked in the offices of Oregon Ship Building Co. in Portland, Ore. She later returned to Montana, where she worked for Palmer Spring Flying Service in Great Falls and eventually became a part owner. She married J.L. "Tuck" Barrett in 1959 in Choteau, and they lived in Cascade. She belonged to the American Legion Auxiliary Drill Team, the VFW Post 1087 Auxiliary, the Daughters of the Nile Sapphire Temple in Helena and was the sewing chairwoman for the Shriners. She enjoyed hunting and her dogs.

Surviving are her husband stepdaughter, Marjorie Johnson of Belgrade a sister, Dorthey Chausse of Valier two stepgrandchildren and two step-great-grandchildren. 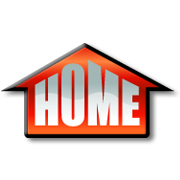